Past Aikido and Aiki Weapons seminars in which
Tony Sargeant Sensei has taught.﻿ 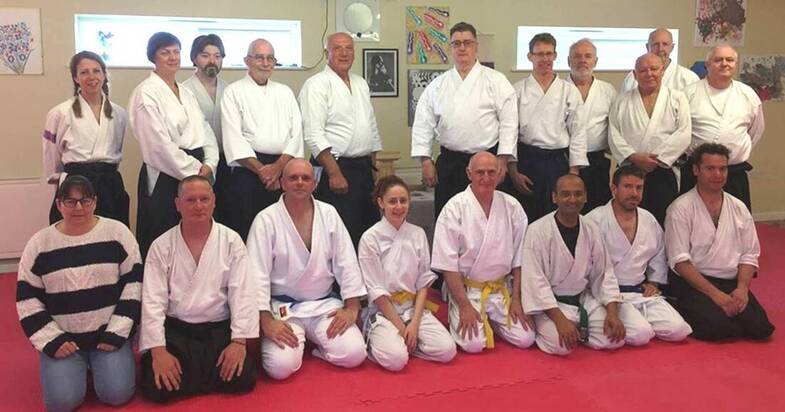 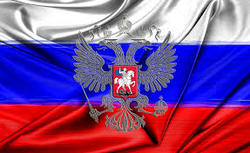 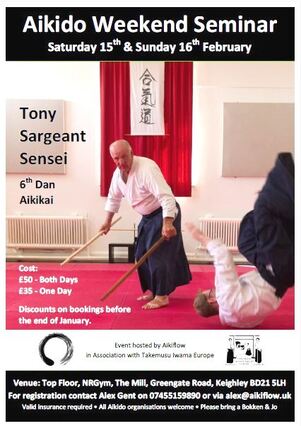 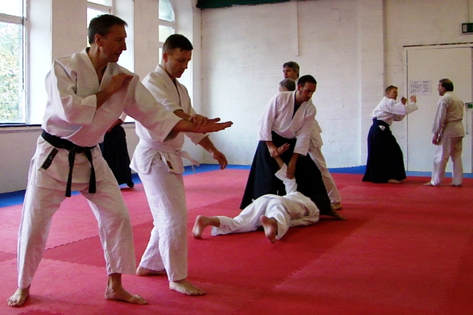 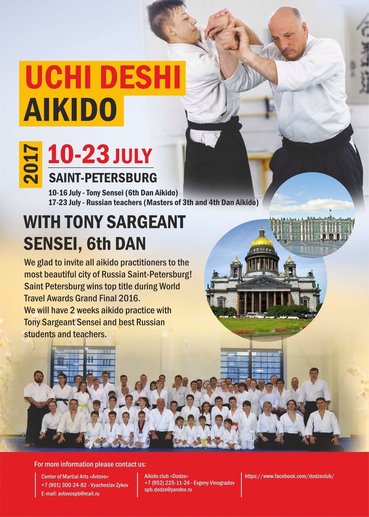 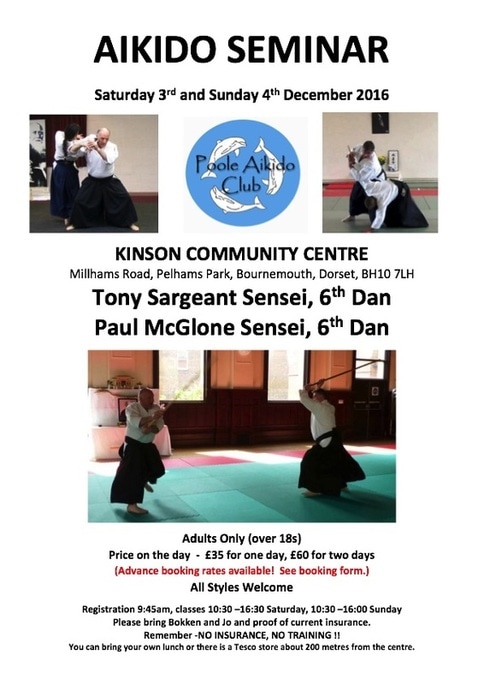 "Sensei Tony Sargeant will be teaching our annual seminar on the weekend of the
5th and 6th of March 2016,
​Sensei Sargeant has over 40 years experience in Aikido and is the Chief Instructor of the Takemusu Iwama Aikido Europe , he will be teaching Jo, Ken, and Tai Jutsu techniques, so please bring Jo, and Bokken ." 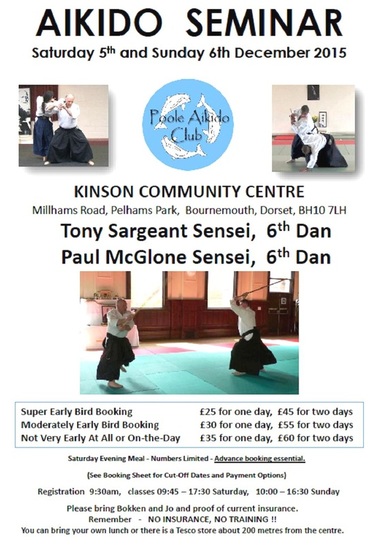 ﻿Aikido Seminar﻿
5th and 6th of DECEMBER 2015
Kinson Community Centre
Bournemouth, Dorset
A chance to train under two 6th Dan teachers of the Iwama tradition
There will be Dan tests on Sunday 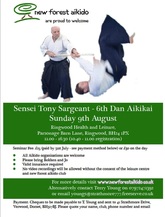 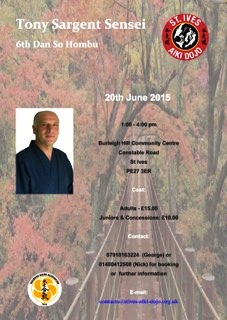 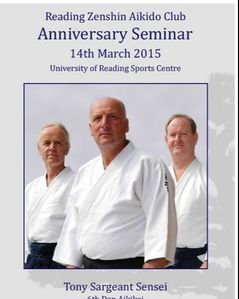 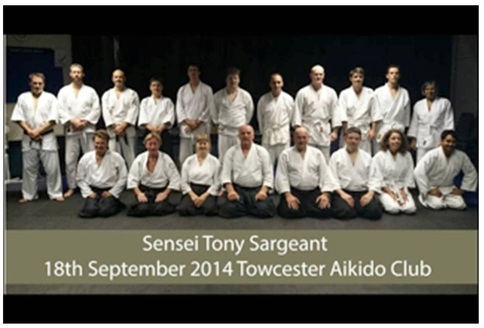 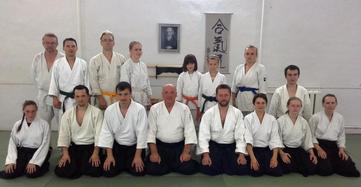 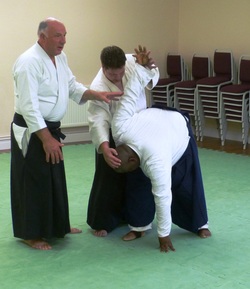 ﻿Burwell, Cambridge: 4th 5th & 6th July 2014  Aiki Extensions European Seminar
details ﻿here﻿
**
You should have been there, the seminar was packed with great teachers from around the world.
Group photo left,  in the dojo on Kefalonia with uchideshi from UK and Russia as well as resident Greek students.
First week of May 2014
Photo right shows Sensei Sargeant taking some time out to relax in the company of students
Kefalonia Greece: 2014
3rd - 9th May Tai-chi Yoga Aikido
10th - 17th May, Aikido Yoga Uchideshi
18th - 23rd May Aikido Yoga Uchideshi
**
For more info click on   Wellsprings Aikido

2014 Aikido Tai Sai
A celebration of Aikido to honour O-Sensei and all the teachers who have
gone before us as a result of whose efforts we can train Aikido today.
With
Tony Sargeant Sensei, 6th Dan
Chief Instructor T.I.A.E
Saturday April 26th 10am – 4:45pm
Sunday April 27th 10am – 4pm
at
Herrison Hall Ballroom
Charlton Down Village Hall. Near Dorchester. Dorset DT2 9UA.
Open to all aikidoka. Please bring your bokken, jo and proof of insurance.
Wellsprings Aikido Celebrating 4 years of Joyful Training